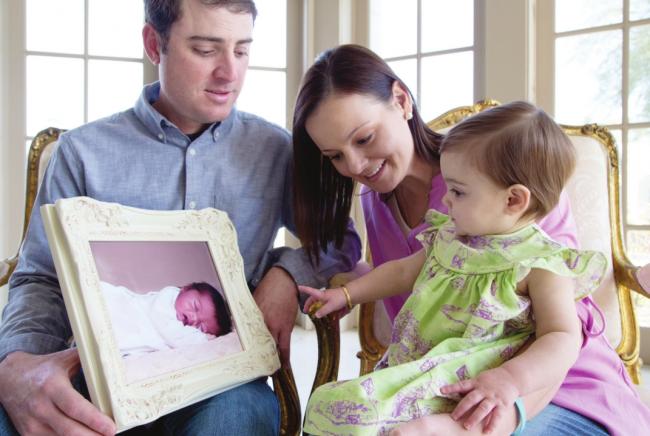 New genetic testing options for pregnant women are making the possibility for a healthy child greater than ever before.

For parents who are carriers of serious conditions, in some cases, it’s making it possible for them to do the once-impossible — have a healthy child together.

This is something Sarah Bergeron knows. Halfway through her pregnancy in 2012 she knew something was wrong. Within a month the Bergerons would learn their unborn child had a fatal illness, and they had few options.

“He had osteogenisis imperfecta. The lethal type,” Bergeron says.

They were told he wouldn’t make it to full term or survive delivery most likely. The condition (also known as brittle bone disease), for which Bergeron and her husband, Michael, are carriers, is not common. They are the fourth couple recorded to both carry the gene and make a baby. It was a rare situation with little to no precedent.

They chose to continue the pregnancy, and their son, Braxton, was born at 40 weeks and lived for seven hours.

“I needed those seven hours. We would do it all again just for that time,” Sarah Bergeron says.

The experience began a journey for the couple that would result in a new test for that particular disorder being developed as part of a larger scope of genetic testing and, later, a daughter who is healthy and thriving.

There are two tests available to parents: PGS (chromosome screening of embryos to make sure they have the right number of chromosomes) and PGD (genetic diagnosing of embryos for genetic diseases) with Dr. John Storment of Fertility Answers in Lafayette. Amelie Storment, the marketing director for the fertility specialist who practices at Women’s and Children’s Hospital, says these tests are huge for the infertility world because they can determine if an embryo is chromosomally sound to increase the chance of pregnancy.

Having a healthy child is certainly the intended outcome of the test, but what many may not realize is that the test is a critical step in determining whether an embryo can even be viable. For example, without screening, a fertility specialist during the in vitro process may use two or three embryos in the hopes one will be viable and the woman becomes pregnant, leading to a higher risk of multiple births. Without testing, however, there’s no predictor that any of the embryos are viable.

“If you’re getting pregnant on your own, [each month] you only have a 20 percent chance of having a baby,” Amelie Storment says. “A lot of times something goes wrong with the meshing of the DNA and it’s chromosomally unsound, and there’s no chance of it becoming a baby. You might not even know you were pregnant.”

With testing, doctors can now choose to implant only the viable embryo. For the Bergerons, the testing meant the chance for a healthy baby who would live. A lab in California created a test for brittle bone disease that was then used to biopsy embryos from the couple at Dr. Storment’s office. At least one of the embryos was viable and free from the disorder. And after a healthy pregnancy the Bergerons welcomed Leighton Rose last year.

“I can’t even explain hearing that heart beat the first time — it’s all surreal,” Bergeron says.

The process went so smoothly that she said they are planning to implant the other viable embryo likely within the year.