Earlier this year, Regional Medical Center of Acadiana became the first and only hospital in the state to join the WomenHeart National Hospital Alliance, a program of WomenHeart: The National Coalition for Women with Heart Disease.

The alliance is composed of hospitals nationwide that are committed to advancing women’s heart health via a partnership that seeks to ensure that women with heart disease in every community have access to information, education and patient support services. Heart disease is the leading cause of death in American women, and more women than men have died from it since 1984.

An integral part of the local program is WomenHeart champion Myra Robin, who had a heart attack in her 40s. After she recovered, Robin looked for an organization where she could make a difference and share her story locally. She found WomenHeart, where her training at the Mayo Clinic led to her volunteer work at Regional. She visits female cardiac patients and helps to calm their fears.

Part of her role is to offer “Red Bags of Courage,” in which bags containing patient information on cardiovascular disease are given to the patients.

The coalition was founded in 1999 by Nancy Loving, Jackie Markham and Judy Mingram, all women who had heart attacks while in their 40s and faced many challenges, including misdiagnosis and social isolation. The three women, who lived respectively in Washington, D.C., New York City and Santa Ana, Calif., did not know each other at the time of their heart attacks, but they each

shared a common experience about how little information or services were available for women with heart disease.

FUND AIMS TO HELP HOSPITALIZED KIDS AND THEIR FAMILIES 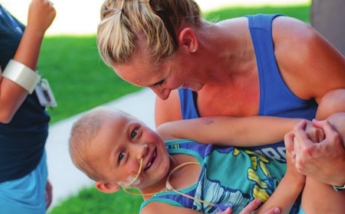 The specifics of the programs are still in the planning stages. Examples discussed include: safe new outdoor spaces for patients, therapeutic activities geared toward children with health issues, couples night for parents facing similar health issues with their children and housing for families traveling to Lafayette for medical care. 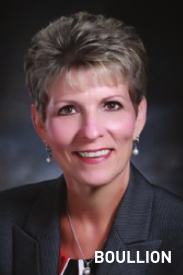 “Lafayette is the medical hub for Acadiana. This fund will positively impact the lives of chronically ill children and their families throughout Acadiana by offering initiatives and programs to enhance their hospital stay and medical treatment programs,” says Community Foundation of Acadiana President and CEO Raymond J. Hebert.

However, Leona Boullion, chief operating officer of the Regional Health System (Regional Medical Center and Women’s & Children’s Hospital), has been the driving force behind moving the initiative forward. For more information go to www.cfacadiana.org/Kites.

LGMC has won a Women’s Choice Award as One of America’s Best Hospitals for Cancer Care. With this award, LGMC joins an elite network of hospitals committed to a global mission of empowering women to make smart health care choices.

In a recent study by TalentInnovation.org, it was found that women are tasked with making 94 percent of all health care decisions, yet they lack trust in their health care system.

While the overall odds are that two out of three women will never get cancer, more than 800,000 women were diagnosed with cancer in 2014. The most common cancers for women were breast cancer, lung cancer and colorectal cancer, according to Everyday Health and the Centers for Disease Control and Prevention.

LGMC is among the elite group of 331 hospitals that earned the 2015 Women’s Choice Award by meeting the highest cancer care accreditation standards of the American College of Surgeons Commission on Cancer.

The National Rural Health Association named Abrom Kaplan Memorial Hospital a Top 20 Critical Access Hospital in Financial Stability. This ranking is based on data compiled by iVantage Health Analytics in its Hospital Index, specifically the

financial domain. AKMH was ranked in the Top 20 in the financial stability index among all critical access hospitals in the U.S. This is the second year in a row AKMH has made the Top 20.

The NRHA considers AKMH to be an exemplar of best practices in all of rural health care. The determining factors for the Top 20 Critical Access Hospitals were based on 10 indices of strength including competitive strength, competitive intensity, market size and growth, population risk, cost, charge, quality, outcomes, patient perspectives and financial stability.

LGMC is seeking men and women, ages 18 and older, diagnosed with overactive bladder and initiating a new course of treatment with mirabegron or an antimuscarinic medication to participate in a prospective, non-interventional registry study as part of a clinical trial.

This registry study will identify factors associated with improved effectiveness in pharmacologic therapy of overactive bladder based on patient perspectives measured by responses to a questionnaire.

Clinical trials can offer several benefits, such as access to investigational treatments and drugs that might not otherwise be available. Trials also help expand knowledge about the best ways to treat disease.

When patients participate in a clinical trial, they are not only advancing medical technology, but are also providing a valuable benefit to future generations. The goal of LGH clinical trials is to support the patient-centered approach to health care.

For more information on this and other clinical trials available at LGMC, call (337) 289-8658 or visit LafayetteGeneral.com/ ClinicalTrials. 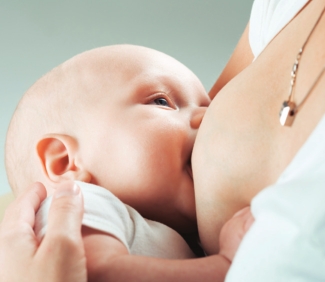 LGMC has been selected to be among the first hospitals in the nation to join the EMPower Initiative to enhance maternity care practices and work toward achieving the Baby Friendly USA designation.

EMPower is a hospital-based quality improvement initiative focusing on maternity care practices leading to Baby-Friendly designation. Funded by the Centers for Disease Control and Prevention, EMPower is aimed at increasing breastfeeding rates throughout the U.S. and promoting and supporting optimal breastfeeding practices toward the ultimate goal of improving the public’s health.

As part of this effort, LGMC will receive ongoing support in breastfeeding

practices from experienced coaches, as well as training and resource support in lactation education. The effort supports evidence-based practices for prenatal and maternity settings known as the 10 Steps to Successful Breastfeeding and the Baby Friendly Hospital Initiative, an effort to encourage and recognize hospitals and birthing centers that complete the 10 Steps. The Baby-Friendly Hospital Initiative, launched in the U.S. in 1996, designates “Baby-Friendly” hospitals as those that meet the criteria for women to initiate and continue with breastfeeding.

Dr. William Pelletier, who has practiced medicine for 40 years in Lafayette, retired from the FertilityAnswers Network effective May 31.

One of the founding physicians of Women’s & Children’s Hospital, Pelletier was instrumental in the creation of Acadiana’s only hospital dedicated to the treatment of women and children more than 30 years ago. During his career as an OB/GYN, Pelletier delivered hundreds of babies and very often the babies of those babies.

“I feel blessed to have been able to care for these families over the years and sincerely appreciate every patient’s friendship and loyalty,” Pelletier says.

A native of Sulphur, he moved to Lafayette in 1974 and began practicing obstetrics and gynecology with his colleague from medical school and residency, Dr. James Zehnder, with whom he has shared a practice ever since.

Pelletier graduated from LSU School of Medicine in New Orleans in 1968 and completed his internship and residency in obstetrics and gynecology at Charity Hospital in New Orleans. He also served as a flight surgeon for the U.S. Air Force from 1969 to 1971.

The FertilityAnswers Network is a Lafayette-based infertility health system with statewide reach. It is the largest network of fertility clinics in the state — serving more than two-thirds of Louisiana in more than 40 parishes. It includes four separate, clinical offices with two stateof-the-art IVF laboratories serving a geographic area of more than 35,000 square miles. The FertilityAnswers Network has helped thousands of couples become parents, with more than 4,000 babies born. 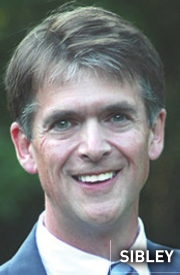 SIBLEY NAMED TO CIRCLE OF EXCELLENCE

Dr. Bryan G. Sibley, a Lafayette pediatrician, is among five alumni receiving the 2015 LSU Shreveport Circle of Excellence Award. Winners were feted in late May at the Alumni Association’s Annual Meeting Party in the LSUS University Center Ballroom.

The Circle of Excellence Award, which honors alumni for leadership SIBLEY and professional achievement, was instituted in 2007 for the LSU Shreveport 40th anniversary. The university’s alumni population totals 18,000.

Sibley received a BS in medicine through the LSU Shreveport Accelerated Medical Program in 1987, and his medical degree from LSU Health Shreveport in 1989. His general pediatrics residency was completed in 1992 at the University of Texas School of Medicine in Houston. He is licensed in Louisiana and Texas.

He has a general pediatrics practice with emphasis on children with special health care needs. He holds hospital staff privileges at Lafayette General Medical Center.

Sibley is also a clinical instructor at UL Lafayette’s College of Nursing, LSU School of Medicine in New Orleans and LSU School of Allied Health Sciences in Shreveport.