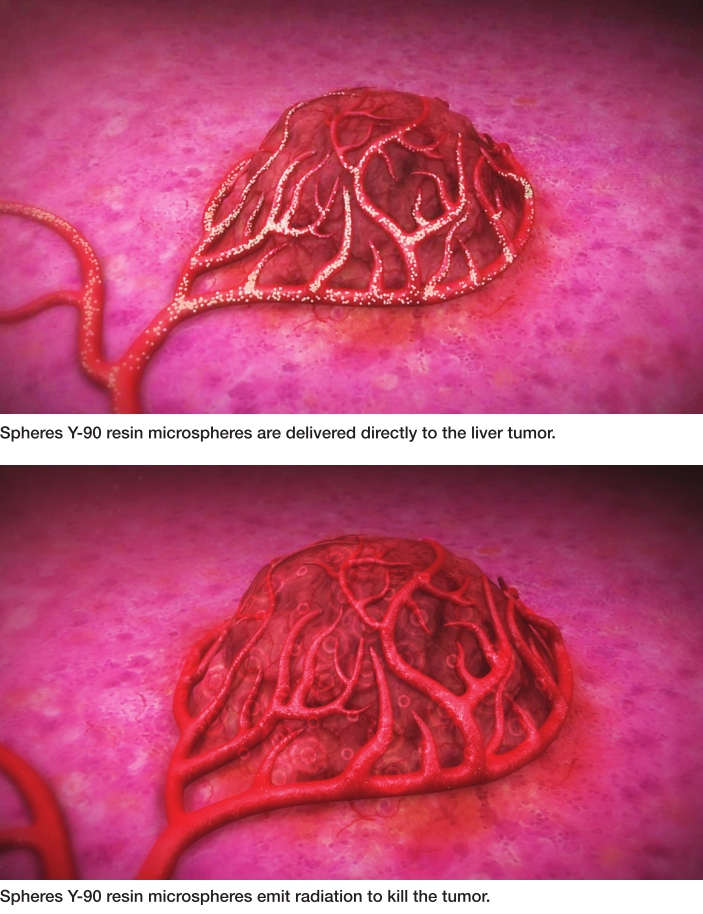 First developed about 10 years ago, Y-90, also known as radioembolization, is a minimally invasive form of internal radiation therapy that targets liver cancer by injecting enough tiny resin beads called microspheres to form a blockade in the blood vessels that provide tumors with the needed blood flow for sustenance. It’s not a cure, but it is improving the quality of life for those with late-stage liver cancer and extending their lives.

Yet its use, especially here in Acadiana, remains limited aside from a few specialists in the know, doctors like Ben Henderson of Acadiana Radiology Group at Our Lady of Lourdes.

Henderson’s young — 34 — and though he’s only been in Lafayette since 2013, he’s wasted no time, bringing the kind of fresh ideas that can change the way we approach Stage IV liver cancer.

school in 2007, and after completing his residency in hometown Shreveport, he was off to the East Coast for a fellowship at Medical University of South Carolina in Charleston where he was trained in the Y-90 treatment. Y-90’s introduction into Lafayette would soon follow.

“I’d say by the end of 2014 is when I really started doing it,” Henderson says. “Most patients and physicians in Acadiana aren’t fully aware it’s out there just yet.”

That’s slowly changing. Henderson says it’s a very specialized treatment, meaning the procedure is only right for a limited number of candidates. Mostly, it’s being used either for cancer that originates in a patient’s liver, or in cases where the cancer arrives in the liver after having spread from the patient’s colon or rectum.

Henderson anticipates the procedure’s use will eventually be expanded to other treatment areas outside the liver; possibly breast cancer. But for liver cancer patients in Acadiana, it’s finally catching on.

After starting late last year, Henderson says he’s received about 12 referrals in just the last couple months from other local surgeons and oncologists.

“We call it palliative because it’s not aimed to cure the patient,” Henderson points out. “Lots of the time, chemo is just palliative. The ultimate goal is to extend and improve their quality of life.”

Despite not being a cure, the treatment can increase a patient’s life expectancy about eight months longer than when relying on chemotherapy alone. According to Henderson, it targets live tumors better than Stage IV chemotherapy.

Henderson also points out that Y-90 is not a treatment for patients still considered surgical candidates. They should go for the surgery first, Henderson advises. Y-90 treatment can, however, provide patients with what Henderson calls a “timebridge to transplant.” It’s also about as painless as getting your oil changed.

“It’s outpatient so you come in and go home the same day,” says Henderson. “It’s minimally invasive. All you’ll go

home with is a little band-aid on your groin. The most common side effect is about seven to 10 days of fatigue.”

That’s a good sign for the future of health care in Acadiana. But there’s work to be done.

“I do feel it’s not reaching the full spectrum of patients in Acadiana,” says Henderson. “It’s because there’s not enough knowledge about it. But I do see it increasing in use, and its future use for similar procedures. The products they have out in medicine, they get better, better and better.”